Year of Rail Campaign for CER 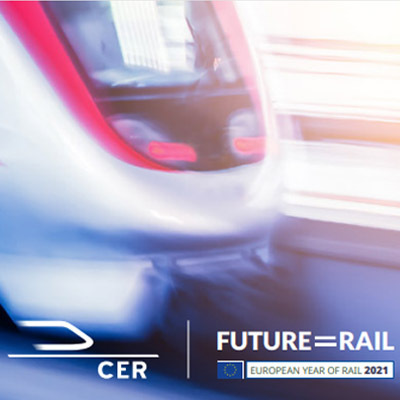 CER is the association in Brussels representing the community of companies managing national railways in Europe.

As 2021 was chosen as the European Year of the Rail by the European Commission, CER asked to provide the material for a campaign that would highlight the many benefits of railways for travellers, for the European economy and society and for the environment to be run in this context.

A dedicated visual identity for the campaign was created, based on simplicity, intuitiveness of association and compatibility with the visual identity campaign run by the European Commission.

The elements of the campaign, called “THE FUTURE IS RAIL” included a dedicated main video and the main website as a campaign hub.

The website specifically highlighted through visual material and text why rail travel is smarter, cleaner and connected across Europe.

The campaign also included an intense social media campaign, for which multiple visual templates and cards were created.