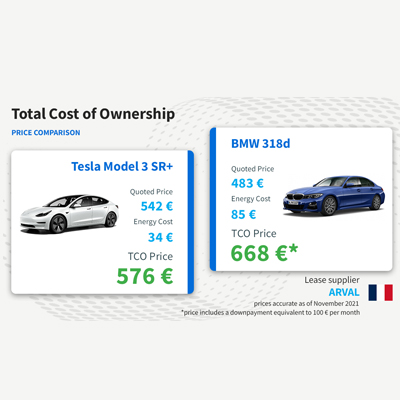 Transport & Environment (T&E), an NGO promoting the transition to more sustainable transport, aimed to run a campaign to illustrate the specific benefit of leasing or owning electric vehicles instead of fossil fuel vehicles.

It focused on demonstrating how the total cost of ownership (TCO) is lower for electric vehicles. We focused on translating this concept on figures and facts to attractive visuals and animation to be used on social media.

We prepared ten visuals. Nine stills and a framing video clip, that was to help the audience quickly grasp the difference in the cost between the two types of vehicles. The campaign run on T&E social media channels in the month of January 2022.