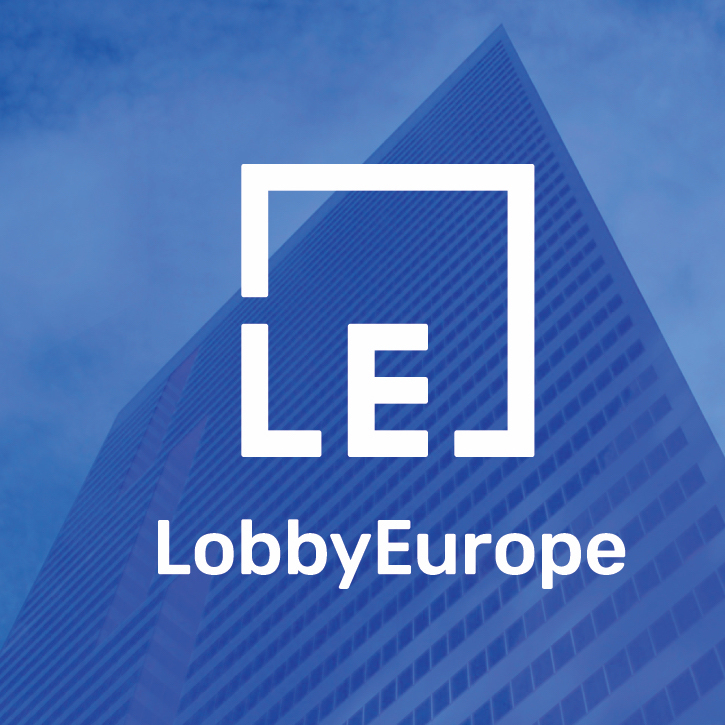 LobbyEurope (LE) is a one-stop-shop for information about the lobbying profession in Europe. As LE is a new initiative, we developed from the ground up a visual identity and website to help launch the platform into a new decade. 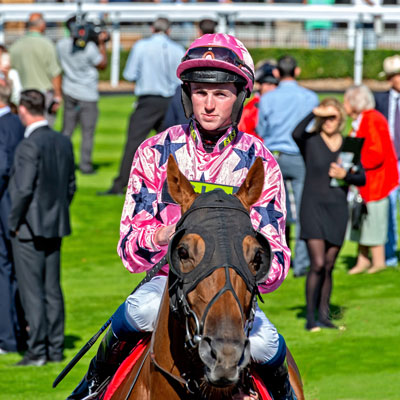 The Betting and Gaming Council (BGC) represents around 90% of the UK betting and gaming industry (excluding lotteries). We produced BGC’s first website as a modern, concise and easily navigable hub for key information. 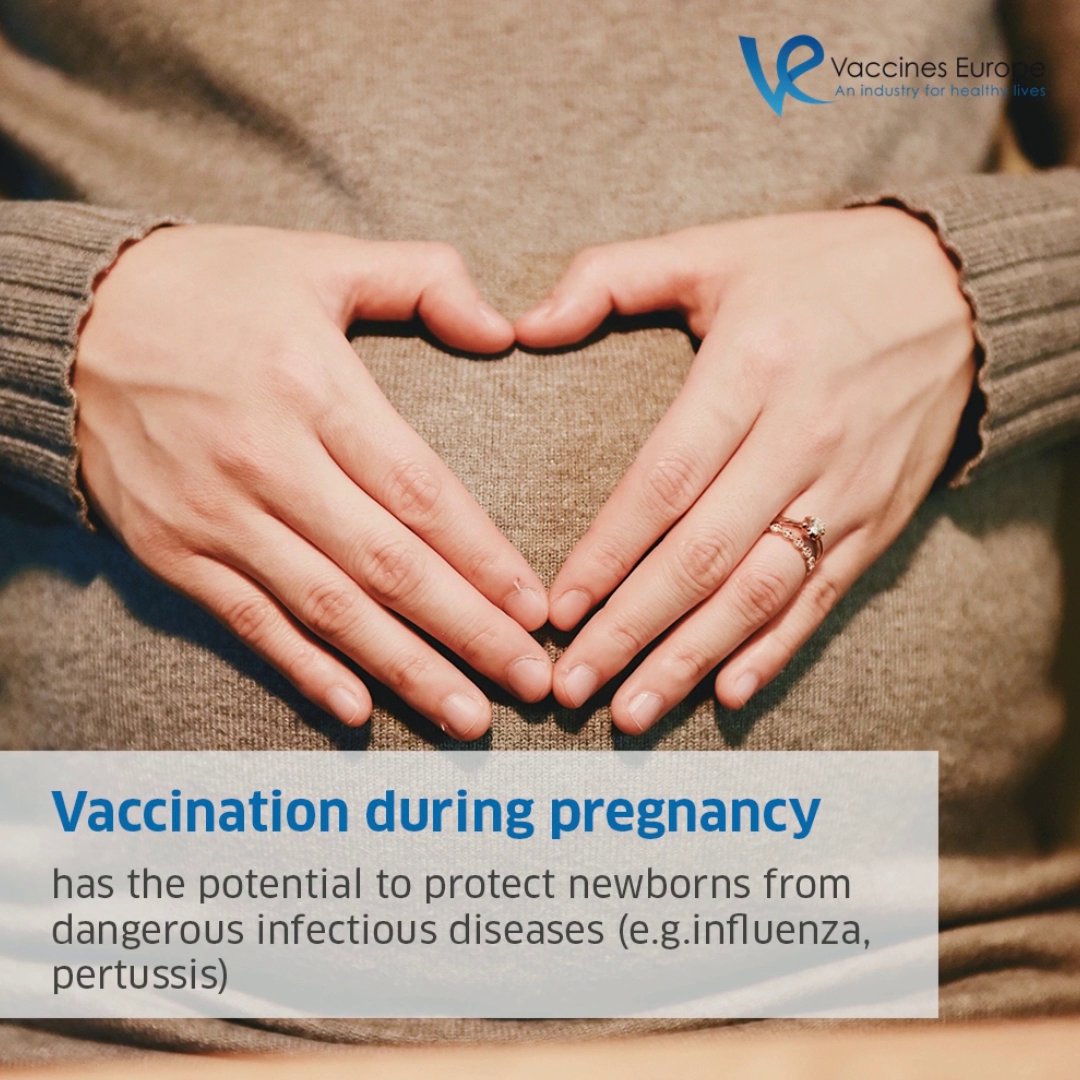 Vaccines Europe supports European research-based companies that provide human vaccines. After designing and digitising VE’s manifesto and a factsheet brochure, we produced social videos and graphics, which we delivered to VE’s target audiences on Twitter with organic and paid campaigns. As a result, VE’s tweet impressions, profile visits and mentions doubled during the campaign, while our promoted content earned 10x more engagement compared to the industry standard. 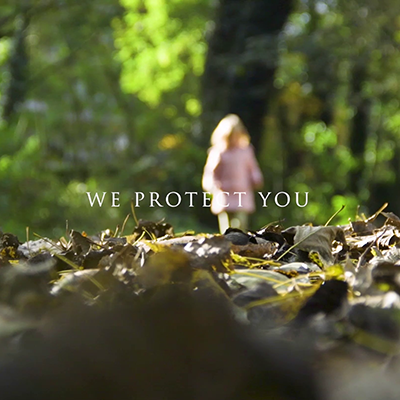 EFBW is a trade association that promotes natural mineral water, spring water and other types of bottled waters before EU regulatory authorities and international organisations. We conceived and produced a flagship video project showcasing the work of EFBW members. We filmed “The Guardians of Natural Water” in 5 European countries and promoted the video with a custom made website and social media campaign, which delivered 40x more impressions and 8x times more engagement than the industry standard. 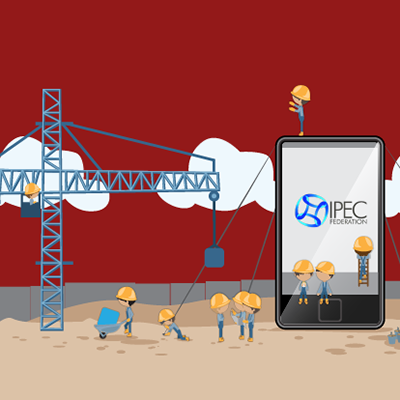 International Pharmaceutical Excipients Council Europe (IPEC Europe) brings together producers, distributors and users of pharmaceutical excipients in one place. The Right Street created a new, fully responsive IPEC website, coupled with a custom backend application created from scratch. This has improved communication between members and provides a platform to manage, upload and revise files across the entire IPEC member network. 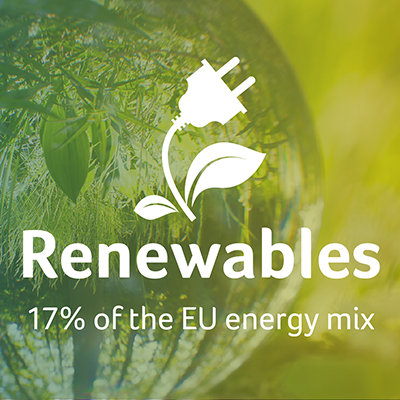 Liquid Gas Europe represents the interests of the LPG industry in Europe. Before the 2019 European Elections, the association published a manifesto summarising the industry’s key priorities for the next 5 years. We helped the client visualise these priorities in the form of a mini website and branded content for a social media campaign. We also produced a promotional video for the 2020 European LPG Congress in Barcelona. 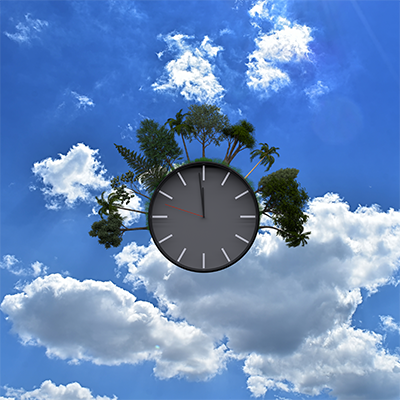 The European Party of Socialists (PES) wanted to deliver an urgent message to voters before the European Elections 2019. We conceived and produced a series of short videos delivered in EU-wide campaigns. Each video told a story about a PES policy (climate action, affordable housing), and was packaged in an audiovisual concept featuring a 60 bpm “ticking” soundtrack and campaign slogan “It’s time”.

Known as the youngest and most international Dutch university, Maastricht University’s (MU) Brussels Campus wanted to try alternative approaches to its marketing efforts. After conducting a market analysis, we developed a comprehensive digital strategy including a content narrative and action plan that will promote and build a stronger community around the Brussels Campus. 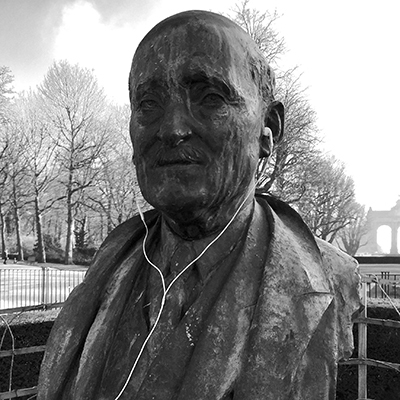 The #AskSchuman campaign started out as a challenge: Could Robert Schuman, the late Father of Europe, engage more Twitter users than today’s EU politicians? The first tweet chat was so popular that it is now held every year on Schuman’s birthday (29 June), and hosted by a guest journalist from the Brussels bubble. 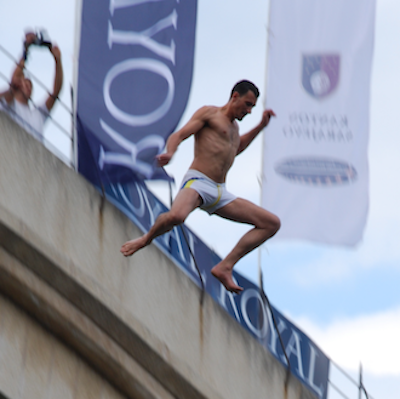 SUBSIDIARITY IS A WORD CAMPAIGN

We have long experience in packaging highly technical or dry topics into compelling stories and memorable content. Back in 2007 our “Subsidiarity is a Word” campaign convinced over 30 dictionaries to recognise the clumsiest word in the Lisbon Treaty, and was reported in dozens of media outlets Europe-wide. As part of the campaign we created a real life superhero character who climbed buildings and jumped from bridges to raise awareness of the subsidiarity principle. 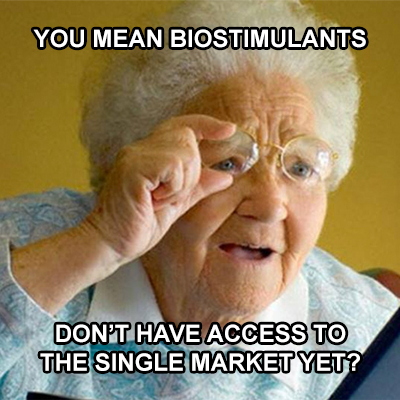 The European Biostimulant Industry Council (EBIC) represents the biostimulant industry. The secretariat (operated by Prospero & Partners) wanted to raise biostimulant awareness and understanding among EU policy makers ahead of a Triologue vote. We quickly conceived and executed a digital advocacy campaign around the narrative “room to grow”. We developed a series of audiovisual and graphical content that we paired with key policy information and delivered with targeted community engagement. This helped EBIC to deliver a successful outcome (and digital advocacy case study) for its members and enabled us to develop a longer term digital communications and advocacy strategy. 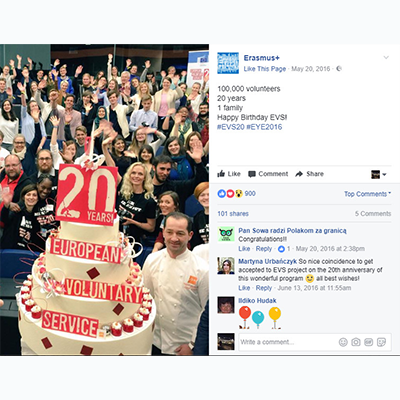 The European Voluntary Service (EVS) wanted to celebrate their 20th anniversary in 2016 with a pan-European social media campaign. The result was to reach at least one million people on social media within 10 months, as part of EVS efforts to increase the number of organisations and volunteering opportunities in its database. We delivered over 250 original posts across four social networks, managed social media buying for six BBC-produced videos, and hosted a series of live streams and live tweets from the annual European Youth Event in Strasbourg. We also conceived Best Volunteer Ever, a competition that helped our campaign exceed all targets. 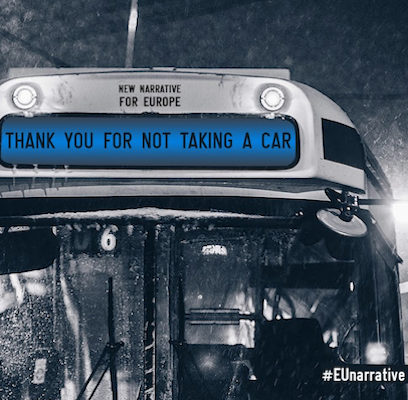 We ran a European Commission (DG EAC) campaign to launch a New Narrative for Europe, an initiative that gathered EU policy ideas from young people Europe-wide. As part of the campaign, we produced and boosted social media content (including competitions) and created The Europe Song music video. 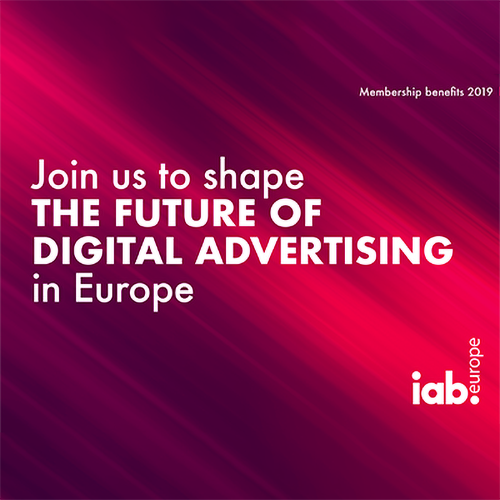 While IAB Europe has become the leading European trade association for online advertising, they needed help building their community on Twitter. We increased Twitter engagement from 100 interactions per month to over 2,000, while increasing followers from 3,000 to over 5,000. This also helped IAB to boost attendance and sales at their annual conference. 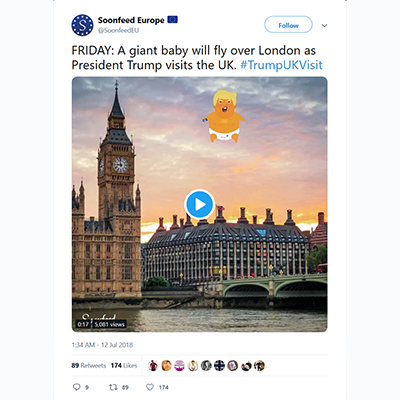 Soonfeed is a new kind of media for European stories before they happen. Founded by The Right Street’s Creative Director in 2012, Soonfeed has attracted a community of EU influencers and 40k social media followers who want to discover and discuss European “stories beforetime”. Soonfeed is an independent, no-profit initiative that exists for one purpose: to tell the truth early, and tell the truth often. 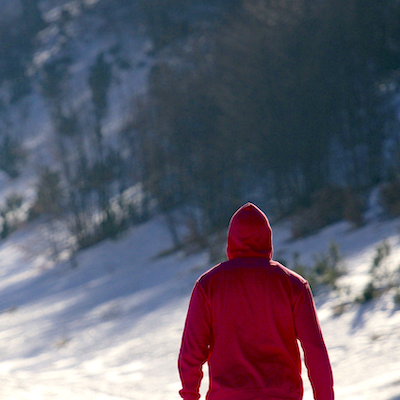 A MUSIC VIDEO BY VARIOUS EUROPEANS

Two weeks before the European Elections 2019, we released a music video with a simple message, that in Europe “you can choose.” The Right Street team managed all aspects of production, engaging multiple camera crews, editors and musicians in three countries. Our creative director composed the music and directed the video. With no promotional budget, the message was launched by our media partner Soonfeed, as both a public service announcement and an “audio split-testing” case study we could learn from. 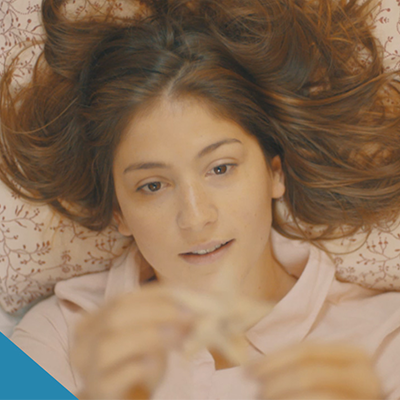 The European Commission (DG EAC) was looking for a way to encourage young people to contribute EU policy ideas. We created “The Europe Song,” a music video we composed, directed and produced in a language invented by our creative director’s daughter. With no official marketing or advertising, the music video went on to generate media coverage, remixes and an unlikely fanbase. 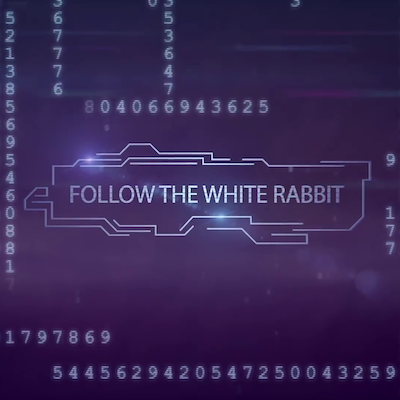 A WINNING VIDEO FOR META GROUP

The Meta Group wanted their audience to learn about FET2RIN, a project helping EU entrepreneurs bring research results to market. We produced and promoted a YouTube video (18k views, 3k Likes) that won the European Commission’s “Showcase your project!” competition, beating 250+ other entries to get there. 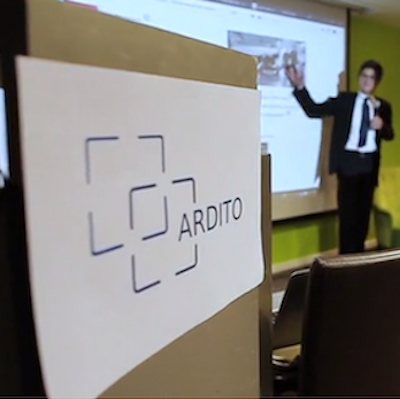 Europe Analytica needed a short video to promote their ARDITO event. We filmed, edited, and developed animations for a specialised video that featured action shots, interviews and key quotes. The video was optimised for social media platforms with the help of our “lean” editing approach of constant iteration and improvement.

The European Patients’ Forum, which brings together nearly 150 million patient-members across Europe, wanted to tell local stories from European patients across Europe. We filmed and edited the stories into a feature video and series of shareable vignettes. 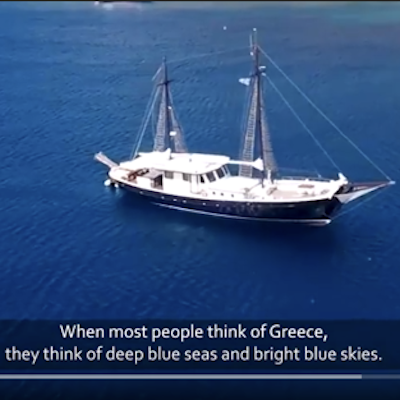 Transparency International, one of the world’s largest think tanks, wanted to draw attention to its joint efforts with the European Union to protect Greece’s Attica Region from floods. We told their story in a video that combined raw clips filmed on location with a compelling narrative. 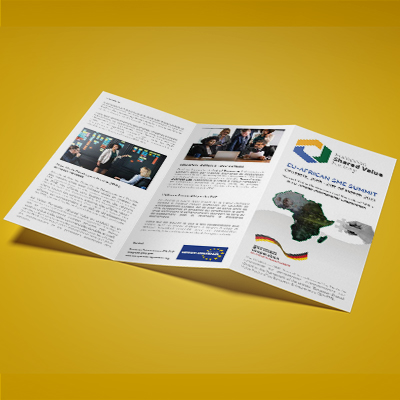 The first ever EU African SME Summit brought together business owners from 13 European SME associations to help boost African investment. We designed and produced the visual identity and event website, as well as printed banners and leaflets for the event onsite. 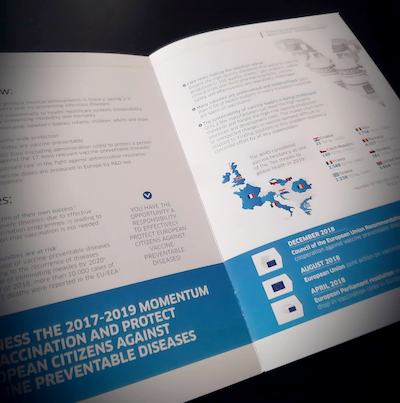 DESIGN AND PRINT FOR VACCINES EUROPE

Vaccines Europe is one of the largest recognised vaccine stakeholders, representing research-based vaccine companies that operate in Europe. After finalising a new manifesto in anticipation of the 2019 EU elections, the client turned to The Right Street for a visually compelling alternative to a typical manifesto. 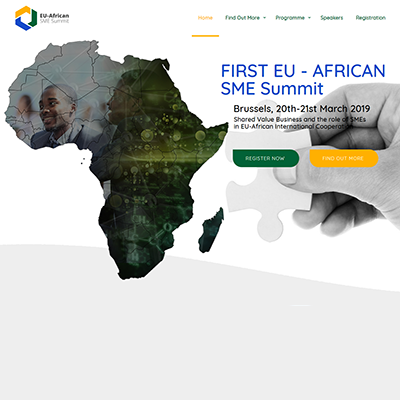 A WEBSITE FOR THE FIRST EVER EU-AFRICAN SME SUMMIT

The first ever EU African SME Summit brought together business owners from 13 European SME associations to help boost African investment. Working closely with the event team, we developed a new website for desktop and mobile, set up a CMS interface and provided multilingual support. 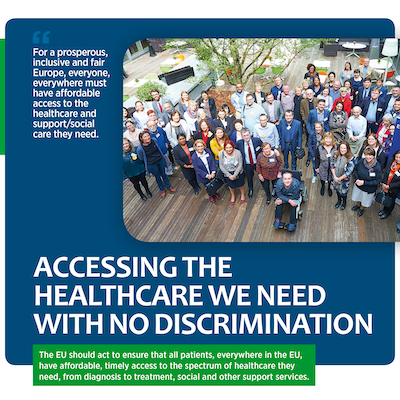 A CAMPAIGN SITE FOR EPF

The European Patients’ Forum brings together nearly 150 million patient-members across Europe. As part of the comprehensive digital strategy we developed for EPF’s election campaign, we launched a purpose-built webpage to boost awareness and virality potential. We created both the visual identity and page—which also supported user-interaction through on-page announcements—itself from scratch. 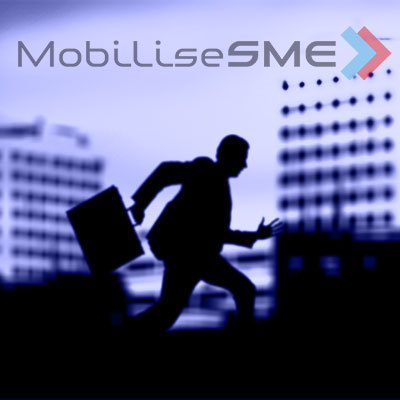 A WEB PLATFORM FOR MOBILISESME

Partnering with the European Commission, we helped to develop an Erasmus studies-like scheme for SME employees. Besides building the initiative’s web presence, we custom-built the matchmaking platform to facilitate individuals wanting to participate. To gauge the program’s viability, we successfully reached out to countless SME owners, employees and entrepreneurs. 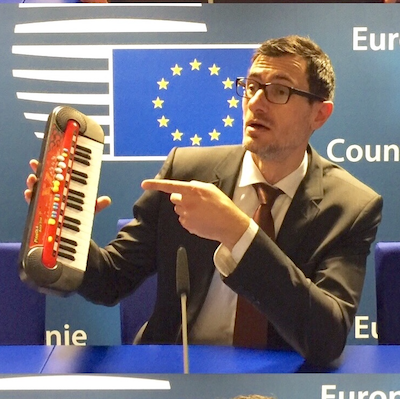 DIGITAL THINKING FOR THE EUROPEAN COMMISSION

Our creative director worked with the European Commission (DG COMM) to establish Digital Thinking, a project that helps EC Representations continuously improve their digital communications, habits and workflows. Digital Thinking is an approach based on the same Lean principles (“test, measure and learn”) that guide all our activities at The Right Street.

We’ve conducted training sessions in over 25 European countries for EU leaders, communicators and networks such as Erasmus+ (national youth agencies), EURES (public employment services) and EPALE (adult learning professionals). Our experienced trainers can deliver sessions on any topic related to EU communications, from strategic, creative and digital communications to community building and advocacy.